Happiness is relative. For a 65 year old man, the ultimate moment of joy might be meeting his children after a year. A middle-aged man may associate happiness with getting a promotion at work.

Thanks to media’s growing role in consumerism and commercialism, kids these days find happiness in material objects like the latest gadgets and expensive toys. Sometimes in an attempt to fuel this “happiness”, parents tend to go overboard and overindulgent with their children. This especially happens when they attempt to overcompensate for the time they’ve not been able to spend with their little ones. Sure, this will give a child a sense of momentary thrill and delight, but it can also result in a lifetime of harm if parents don’t know where to draw the line.

Overindulgent parents as defined by researcher David J. Bredehoft, Ph.D., CFLE are those who offer their kids “Too Much Stuff: Materialism and activities, Over-nurturing: Too much assistance reducing self-reliance, and Soft Structure: Lax rules, no chores, aimless.” Here are 6 useful tips for parents to stop overindulging their kids:

It’s true that parents want nothing but the best for their kids, but at times, in pursuit of offering the best, parents tend to spoil their kids. It’s not wrong for parents to pamper their kids, but the key lies in striking the right balance between discipline and gratification. 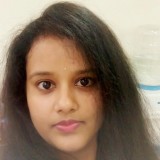 Aradhana is a budding mom blogger who enjoys writing on topics related to pregnancy, parenting, childcare, crafts, homeschooling and nutrition. She loves to read related blogs, forums and shares her passions with like-minded parents. You can contact her directly via email at aradhanapandey987@gmail.com.