All you need to develop a close-knit family…is the right technology.

Simply determine your family’s access to the holy trinity of computer, tablet, and smartphone and you’re on your way!

The sun will shine brighter, your kids will be better adjusted, and the wife will marvel at your brilliance.

At least this is the impression that you get when you watch most technology ads today. 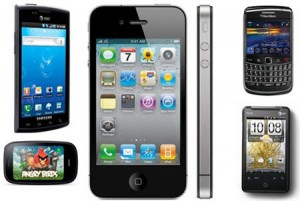 Of course most of us are savvy enough to wade through the nonsense that advertisers persuade us to believe.

But bringing a family together?

The New Way to Communicate

There are certainly instances when technology enables families a closeness that they wouldn’t otherwise have.

If you have kids in college or in the military then you know what I mean.

But apparently distances are becoming less of a predictor.

I recently ran across a piece from eMarketer that discusses some recent data on family technology use.

Spawned from Microsoft’s “Family Technology Survey” and a  survey done by CTIA, The Wireless Association, the family is using technology more than ever…even when they reside in the same household.

When asked what technology devices family members used most to connect with immediate family, 43% of the respondents in the Microsoft survey said that the computer or tablet drew them closer together.

This was 50% larger than the average of those that said they used television as a way to conduct family time…which was second in the grouping.

The CTIA survey offered the same support, saying that 45% of those responding thought that wireless devices actually brought their family closer together.

In fact, AVG Technologies polled parents on their children’s digital device use and found that 63% of US 10-to-13-year-olds have their own computer, while 28% owned a smartphone.

As a parent with kids that are too young for a smartphone, and not spoiled enough for a computer or tablet, I am a little astounded by the perceived benefits in these surveys.

Although I can’t speak for everyone, I find myself in more conversations about technology creating family division rather than family bonding.

You know the scene…a family of four sitting at the table eating dinner…asking for another helping of Tofurkey via text message instead of uttering actual words.

Truth be told, I’m of the generation that longs for digital connectivity. And even I don’t hear many positive things being said about technology bringing the family together.

But, maybe there’s a balance to strike here.

I mean, technology is only going to become more integrated in to our lives as time passes. I say this as I sit in front of my computer with four other devices around me that can get me on the Internet in a split second.

I think it’s safe to say that it’s not just a fad.

Plus, you can’t avoid the benefits that technology offers a family. Through things like location tracking, text messaging and video chat, you have more immediate access than ever before.

But, for the sake of good old-fashioned face-to-face conversation, put some limits on technology use in your home.

It may mean no devices at the dinner table or a mandatory blackout by a certain time.

It also means that we dads need to be become educated on how to teach our kids to be connected and safe.

For instance, an educational site like Digital Shepherds can do a lot to help you raise safe, digitally savvy kids.

While you may not be able to prepare for everything, your involvement in their digital lives will have a huge impact.

What is Your Advice?

Are you a savvy dad or mom that has experienced success in this area?

Maybe you’re a parent that has experienced the pitfalls of a digitally connected family?

In either case, I encourage you to share your wisdom with the rest of us in the comments section below.