I have been thinking about my dad who passed away many years ago at the young age of sixty eight. Before his death I thought I had finally figured out a way to have a relationship with him. It was all on his terms of course but I did not mind because I wanted to know him, even if it was just a little bit before I lost him.

For some reason it is very hard for most dads to connect to their children. I believe it is partially due to the way they are wired and partially due to how they were fathered. A lot of the time they can deal with the husband and wife relationship because it is a more sexual relationship in nature. But the father/child relationship is a training/nurturing relationship and this is where the problem starts. The role of dad is a hard one to take on since there is no manual to follow. Men tend to like manuals, even if they do not actually read it all the way through. They tend to get the gist of what needs to be fixed or put together and then go by the seat of their pants so to speak.

First of all men learn how to be men from their dads which is where things can sometimes go wrong. If the dad who was teaching did not know how to effectively take the role of dad then how can the son get his training? Many times mom tries to take over the role of dad because dad is busy or just not interested. So where does that leave the boy? Unless his mom is one of those rare women that know what motivates a man and how to teach a man, “man” things, then he probably comes out being somewhat of a pushover. Because he has learned to be nurturing, loving, and responsible for his children but has not been given the tools for the strength he needs to be a loving disciplinarian. 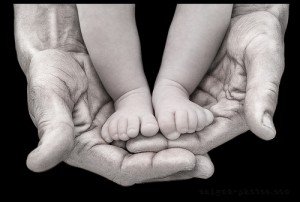 I think one of the reasons being a tuned in dad is difficult for men is because God wired them to be able to shut down their emotions to some extent because He knew they would be defending their families. Either in war or in life there are times when it takes the ability to not think with your heart but make rational decisions when it comes to protecting and defending a family. Being that men have this ability I think many of them tend to use it to their advantage and instead of using it to protect their families they use it to protect themselves from their families. The day-to-day emotional highs and lows of their spouses and children seem to overwhelm them so they hide under the cover of “man” emotions. Even though these abilities are prized in war and in crisis, they will hardly work as the basis of a relationship with their families. The man that truly wants to be part of his children’s lives will have to strive to overcome their instincts to shut down all emotion.

Another thing that I have noticed in my observations in regards to men is that they tend to think that if they messed up their lives somehow in their early years that they know exactly what their children are doing and thinking. I know my dad did this on many occasions. He was upset with how he did in school because according to him he did not care about school and let his grades go. I believe his mom and dad would help him out quite a bit to get him through school. It seems he was a bit of a bad boy and got into a lot of trouble also. So he decided early on that none of his children would get any help from him with school-work and he was a hard with his punishments when it came to grades.

All children are not created equal and most of the time a child does not have the same thoughts as their parents unless the parents give them those thoughts. I was the type of child who was introverted and had trouble asking questions. I worked as hard as I could but I needed extra help. I was not lazy or disobedient like my dad, I just needed the help. Another thing my own father did was to accuse you of doing things wrong because he knew what you were thinking; after all, he had been there and done that. I know that sometimes it is good to be on top of things when it comes to watching out for your kids…so that they do not fall into some of the same traps as you have. But there is a fine line between observing to protect and accusing and punishing because you think you know what is going on in a child’s mind and life.

Children need to connect emotionally with both parents because, and if they do not they will have difficulties with their own relationships later down the line. If a dad truly wants to have a relationship with his children but has not been equipped by his own dad then it will be hard but not impossible. The first step is to seek the good of your children over the fear of opening up. It does not make you less of a man to sit down and talk to your children about what you are thinking and feelings you have about certain subjects. When you share part of your mind and heart with your children you are building a relationship.

Many times over the years I have had conversations with men who have expressed that they do not know what they are feeling, so how can they express it? It may take a little time and a lot of introspection for a man to figure out what he thinks and feels on certain subjects, but it is not impossible. If he truly wants to connect with his children it is something that needs to be done. Sharing your thoughts and feelings with your children will not make you weak in their eyes but it is strength in itself. Even if you do it poorly they will see your love and effort and it will endear them to you. If you want them to keep you posted on their feelings and thoughts then you must share yours. And the only way to truly be a part of their lives is to be part of their lives in the deeper aspects of the heart.

Boys on the other hand need the strength and discipline in love that a dad can provide. It has to be done in love for the good of the boy. If it is strong handed discipline without love then you will be creating a monster for someone else to live with. Dads are the ones who need to balance out the love and discipline since mothers are primarily the nurturers. That does not mean that moms cannot discipline their children on a day to day basis. But if it is not backed up by dad, it will not have the same impact. There will be chaos in the home. If a dad is a firm and loving disciplinarian, meaning that he is disciplining for the sake of the child and not because he is angry, those children will grow up feeling safe, loved, and learn how to have self control.

The role of a dad is equally as important as the role of a mother. That is why they are a team of two. They balance out the family and meet the needs of the children in ways the other cannot. It is not too late for any dad to change. If you did not have a good example in your dad then it is time for you to break the mold and not pass it on to your sons and daughters. Do it for them and for yourself, so that you can build meaningful, loving relationships with your children before any more time passes you by. 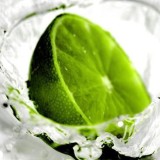 Jason Miner plays a vital role for www.blogcarnival.com. He is an expert in writing topics of different categories. He is helping the carnival team to grow & working on making this an even better place for bloggers. You can email him directly at jasonminer8@gmail.com.