This means that everyone would get to see the “full you”…not just the you that’s all smiles and endless patients.

If you’re like me, there are moments when your “fathering” would more likely solicit furrowed brows of disappointment than cheers of approval.

Needless to say, we don’t always make the best decisions.

Although we may want to be super-hero parents, we’re mere fallible mortals that are prone to missteps…and often those missteps arise at the most inopportune times. 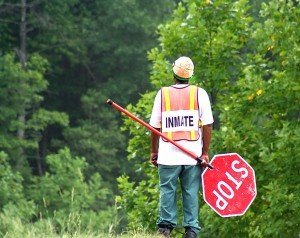 As the Watchdog columnist for the Fort Worth Star-Telegram, Dave is a guy that has made his bones uncovering injustices and giving a voice to those that normally wouldn’t have a platform to be heard.

It turns out that his profession has also earned him some detractors as well.

And that’s where the story gets really interesting.

A Bad Dad is Born

After recounting the circumstances that formed his M.O. in the small Texas town in which he lived, Dave’s new book…aptly named “Bad Dad“…builds the scene.

As he and his son sit in a McDonald’s restaurant eating some breakfast, his son, having inhaled his food, demands that Dave hurry up and finish so that they can leave.

Still being under the spell of a newspaper and a tasty cup of coffee, Dave tells his son that he wants to finish his coffee and then they can go.

Well, for Dave’s son the idea of waiting patiently proved too much for his 11-year old schedule. There were friends waiting to play, and that needed more attention than coffee.

After a few more demands, Dave decided to leave and let his son walk the few short blocks back to their home. Something that most of us would have probably considered under that same circumstance.

Unfortunately, by the time Dave cooled off and returned to get his boy, the cops had been called and a crowd had formed.

Finally, the guy that had rubbed so many officials the wrong way was now at the mercy of those same people. 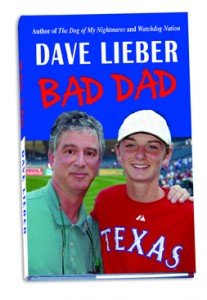 Let’s just say that things got pretty crazy for Dave and his family after the incident.

This watchdog reporter all of a sudden got national attention, but not for his stellar reporting.

Instead, the news outlets and the correspondence sent to his paper were debating his ability as a father.

I probably shouldn’t have been shocked that there was such a big deal made out of such a small incident. Leave it up to our media to blow things out of proportion.

However, just like the media coverage, this book demands that you think through the actions that you might have taken in a similar situation.

Although I probably wouldn’t have left my child, Dave expertly gets you to consider the “questionable” things that you’ve done as a parent.

Unfortunately, Dave did something questionable in a town that was more than willing to exploit his indiscretion.

It makes me appreciate my relatively quiet existence.

A Style that Engages

Beyond the fact that the story itself is an engaging read, Dave’s journalistic style is fluid and biting.

As he bounces back and forth from the incident with his son to the stories that gained him notoriety, you get a very real sense of his tenacity and passion for writing.

You also get to see Dave come full circle as he finds himself as the story line instead of the storyteller.

You get to see Dave the “dad”, who genuinely seems to be a good father…despite the fact that so many try to label him otherwise.

Honestly, I saw myself in his story…minus the media attention.

Dave also used this book to reveal a very sad truth. If you want to punish your kids for their behavior, do it when nobody else is watching.

It is the world we live in, but Dave writes about it in a way that causes you to beware of it and embrace it all at once.

It’s a book that every dad should read…for the good, the bad, and the horribly intrusive.

More About the Book’s Author