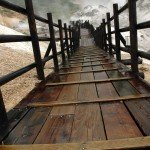 There is something very powerful in contemplating the “bottom line.”  Whether or not you realize it, there is a bottom line for pretty much everything we do.  Even when we find ourselves wondering aimlessly, there was an original purpose.  In fact, our knowing the reason for our activity and the end result of our actions is often what drives us to continue on.

So, what is the parenting bottom line?  Okay, so it’s in the title of the book…GRACE!  Apart from being the overall theme, chapter two is largely centered on how this should play out in the family.  As Dr. Kimmel does so well, he presents the premise for his argument through the lens of “grace’s eternal appeal to the human heart.”  If grace is to be the basis for our parenting method, then it should color our approach to discipline, handling kids’ fears, and dealing with their little quirks and idiosyncrasies.  Of course, this is a central theme for any Christian.  It seems only logical that the greatest grace given to us should be what we extend to our children.

A good portion of the rest of chapter two is dedicated to Dr. Kimmel fleshing out two very different interactions that assault grace from either side.

The first interaction found Dr. Kimmel at a church event where a couple hundred high school-aged kids were gathered to sing and listen to worship music.  Now, for those that have not experienced a youth worship service, this is not normally the kind of music where solemn faces sing old songs from a hymnal (which are honestly very good from time to time).  We are talking about a full on band with loud guitars, banging drums, and someone tearing up the keyboards.  Understandably, this is not for everyone.  However, Dr. Kimmel’s experience with a particular dad at the event really pushed the envelope.

This dad, having been standing near Dr. Kimmel and knowing that he wrote books on parenting, began to vocalize his disgust.  Overall, the dad began to ravage the vast majority of the kids because they didn’t fit into his narrow interpretation of appropriate Christian behavior.  Without even knowing most of them, this father was making a judgment on their spiritual health from their engagement in a church event that he didn’t approve of.  According to Dr. Kimmel, this father “was elevating his personal taste to a level of biblical authority.”  Thankfully, Dr. K wasn’t forced into applying the latest UFC grappling technique and things ended quietly.

On the opposite side of the spectrum was a very different experience altogether.  After giving a message on his grace based parenting book, Dr. Kimmel was invited to the home of a couple that attended the event.  While the parents got things ready for dinner, he took the opportunity to get to know their kids (two boys and one girl).  After finding out the oldest boy was a musician, he was invited up to see the boys room where he had multiple guitars, amps, and some stage equipment stockpiled for their next gig.  To Dr. Kimmel’s surprise, the teenager also had several half-naked posters on his wall.  Shortly after, he heard the two brothers get into a verbal brawl that was laced with language that “would have easily taken a movie to an R rating.”

After eating dinner, Dr. Kimmel was offered a ride back to the airport for his flight home.  As he walked through the living room he glanced at the television to see if he could catch the score of the football game.  As he squinted at the score he couldn’t help but notice that the couples 15 year-old daughter was lying on top of her boyfriend doing….well, I guess I don’t need to spell that one out.  Needless to say, the ride back to the airport left Dr. Kimmel with an opportunity to ask some questions about the couples’ parenting approach.  Surprisingly, the man indicated that he and his wife really subscribed to the grace model!  Somehow, they had adapted the idea that to exercise grace meant to avoid moral constraint at all costs.  In reality, what the couple had done was cheapen the concept of grace….insert Romans 6:1-2 here!

Over and over this chapter called for a focus on your method of delivery.  Grace allows us to temper ourselves when we react to things that may not be of monumental importance.  On the other hand, it also allows us to maintain adherence to the things of God that we cannot afford to circumvent.  As Dr. Kimmel puts it, “There is a place for rules, even for strictness, in a grace-based home, but how they are presented makes all the difference on how they are received.”