You know those moments as a dad when you feel as though it can’t possibly get much worse?

Your work is stressing you out.  Weekends and evenings are chaotic at best.  The kids seem to tap dance on every exposed nerve in your body.  And all the while, time with your wife has been all but decimated.

As unfortunate as it may be, we all go through this kind of thing at some point…and probably multiple times in our lives. 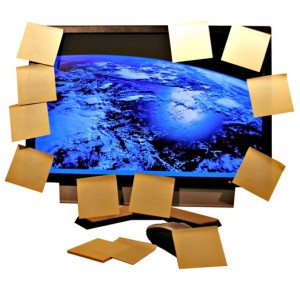 In fact, I was in this specific state myself when I came across some material by a man that I have come to admire.  It is actually kind of humorous.  Just when self pity begins to set in, God usually thumps you on the head with a reminder that your challenges need some perspective.

For me, perspective came from reading some of the work by Jim Higley.

Fast forward to a couple of weeks ago and several emails and Twitter conversations later.

Jim had been writing a book that was culminated during a “recuperative summer” following an invasive cancer surgery.

With a release date set for June 2011, Jim requested some help in reviewing an early draft of the book through his Facebook Fan Page.

Of course I was interested!  Although I wasn’t the only one to get a sneak peak, I have to admit that I felt a little like Greg Focker being included in “The Circle of Trust.”

What I would come to find out is that Jim has a knack for making everybody feel as though they matter to him.  And it wasn’t him boasting about it…but a fact that could only be found in the blank spots just beyond the words.

The Power of Words

Although his book was packed full of insight, struggle, and perseverance, the words that impacted me the most were those that dealt with his response to those things.

Not having dealt with cancer personally, I certainly have had family and friends that have done battle with the disease.

This epidemic has a funny way of creating clarity in the midst of all the chaos.

Page by page, Jim recounted the stages of his diagnoses and recovery.  But the cancer really isn’t the protagonist of the book.  There was much more emphasis on the life that it emboldened and the memories that it made vivid.

Jim’s infectious zest for life is invigorating and unapologetic.  He not only urges you to take an inventory of your priorities, but he opens up the possibility of scrapping them altogether and rebuilding from the ground up.

He proves that life isn’t for the faint hearted, but insists that it can be strengthened through our hardships.

A Little Recommendation for You

So, what should you do about this?

Start by reading Jim’s blog, his column on Triblocal.com, and his contributions on manofthehouse.com.

Secondly, do yourself and favor and follow the progress of his book on his Facebook Fan Page.  If fact, you may also want to check him out on Twitter at @jimhigley…for some wise nuggets throughout the day.

Lastly, you need to buy his book when it releases in June!  Whether you are a dad or not, you will gain encouragement from his story and his life.