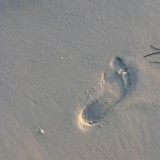 Ryan Rivera is an anxiety specialist that often works with parents overwhelmed about their children or family. He has a website about dealing with anxiety at www.calmclinic.com. You can contact him via email at ryanmrivera@gmail.com.

Generally, fatherhood is something you prepare for. You and a partner either decide to have a child, or when you’re surprised by one you have 9 or so months to get ready for what it takes. Parenting is always harder than most men expect, but the preparation at least allows you to think about how to become a great parent.

How to Be With a Single Mother

You and your partner need to understand what the other person is looking for. This is important in any relationship, but especially important when there is a child involved. You need to discuss what she’s looking for, what you’re looking for, and what you both want to do for the child. It’s also important that you both have an understanding that the child cannot be a factor in whether the relationship works. Meaning, if the two of you are struggling as a couple and are not meant to be, you need to end the relationship as you would any other. Staying together for the child will only introduce further stress.

Most children already have a father, and even in the event the father is not in their life, your role isn’t to replace her father. Your role is to be a really nice guy, while also being an authority figure. Don’t try to take over as dad, especially if the child is affected by their parent’s relationships. Instead, interact with the child when it makes sense. Don’t be afraid to tell them to stop doing something (nicely, of course) if they’re misbehaving, but otherwise let the child get to know you…rather than you doing whatever you can to raise the child.

You need a chance to get to know the woman your dating, but you also know that the child is going to be more involved. Ideally, you find date ideas that are fun for everyone. For example, playing mini-golf is something that a lot of men enjoy doing on dates, and it’s also something that works well with kids. This will keep you actively “dating”, while still allowing your partner to be a parent.

Chances are if you’re with her you’re not playing a game – you’re actually interested in her and being part of her life. Usually when men have that desire, they have the tendency to rush things. In this case, however, you can’t. Don’t expect her to put you first right away. You also shouldn’t expect the child to warm to you for a long time. Be patient with her and the child, and in the meantime work on your own stress and anxiety so that the pace of the relationship doesn’t affect you negatively.

Being a Sudden Father

Your partner’s child has their own personality. Get to know them like you would any child, and don’t be afraid to talk to your partner about your reservations or fears. If you truly care about the woman you’re with, and she cares about you, you’ll easily work through it and eventually be a great male figure in your partner’s child’s life.