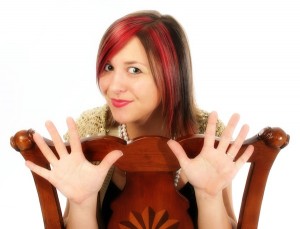 What’s that? You thought fatherhood ended after 18 years (err, and nine months)? Figured you could just kick the kids out of the nest, ship them off to college and that would be that?  Or maybe from the moment of graduation: no more summers at home, kids are drinking-age now, so you’ll just be friends, peers, comrades?

Not so fast. Sure, the relationship changes between father and child when you’re both adults. But the responsibilities of fatherhood last forever. Though your kids (if you’ve done your job) will be mature adults in most ways, mature adults could still use a dad. You can be a friend to your kids, but don’t be just a friend. Be a father.

Indeed, striking the right balance as a parent of twenty-somethings has never been so important, or so difficult. The Millennial generation that’s been coming of age lately (usually defined as births from 1982-2004) is sometimes also called the Boomerang Generation. The even more obnoxious neologism “twixter” was coined a few years back to describe these young adults who move back in with their parents – not students anymore, but not quite productive members of society either. You may also recall a film which characterized this situation by means of the title Failure to Launch (or maybe not; it was a pretty forgettable film, but a useful label).

In the, unfortunately very likely, event that your child is among these boomerangs, it’s important to react in the right way. Stereotypically, “tough love” tends to be expected more from fathers than mothers (especially toward sons), and that can be just what the doctor ordered in this phase…but don’t overdo it. Set clear expectations for an aggressive job hunt while they’re living under your roof, but don’t lose your temper or project hostility. Paradoxically, this may not light a fire under them but trigger a counterproductive avoidance response.

Also, remember to appreciate their presence, even if it’s troubling to you as a parent: the bittersweet thing is that this will be the last chance you get to live together. Someday you’ll miss that. But do what you can to help them get out on their own.

Even if your kid has been one of the success stories, totally self-sufficient, with their own car, job, apartment, health insurance, phone plan, etc. (in which case, I salute you), they still need you to be available and involved.

They’ll likely be busy with jobs, social life, and perhaps a serious romantic relationship. Make sure you don’t lose touch too much. Try to talk on the phone at least once a week. Take an interest in their work, especially. You’d be surprised how much it still means to get some good fatherly advice. Even if it all looks like smooth sailing on the outside, this can be an overwhelming time of life. Nothing boosts a child’s confidence to tackle the big, bad world like being secure in the knowledge that a great dad is still standing behind them. 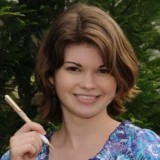 Maria Rainier is a freelance higher education blogger who loves to talk about the universal appeal of online education. She firmly believes that online degrees will become the norm for 21st century higher learning. You can contact Maria via email at maria.rainier77@gmail.com.