Being a father is challenging, especially if you’re raising teens. They are at a stage of their lives when they feel the need to experiment and test boundaries. While this is part of growing up, some of the stuff they get into can be harmful. One example of this is vaping.

When they first hit the market, e-cigarettes were advertised as a better alternative to traditional cigarettes and created to help adults quit smoking. They were supposed to have none of the harmful ingredients found in cigarettes like tobacco or nicotine. However, they quickly caught on among young people and according to the National Institute on Drug Abuse (NIDA), the number of teens vaping or using e-cigarettes has doubled since 2017.

Why Is Vaping Dangerous?

When it comes to e-cigarettes, a lot of parents and teens mistakenly assume that they just contain vapor and flavoring. Unfortunately, this is not true. Many e-cigarettes have been found to contain nicotine- the same highly addictive substance found in cigarettes. Nicotine is particularly dangerous to teens because it can harm their still-developing brains, affecting the parts responsible for impulse control, learning, attention, and mood.

Additionally, the flavoring found in e-cigarettes is equally troublesome with studies showing that it has substances that can cause cancer or respiratory illnesses among others.

What’s more, the Center for Disease Control (CDC) cautions that vaping may make teens more susceptible to other drug addictions in the future.

How Can Dads Make A Difference?

Clearly, e-cigarettes are not as benign as they appear. The good news is that you don’t have to wait until your teen starts vaping to take action. Here are some of the things you can do to help your teen avoid this pitfall.

Being an active and involved father.

Fathers play an extremely important role in their children’s wellbeing. Several studies have demonstrated that teens who grow up with present, engaged dads are less likely to abuse drugs or alcohol. Forging a solid relationship with your teens and being an active, attentive father can play a part in preventing them from ever getting into vaping.

Setting an example by being tobacco-free.

Teens might not listen to what you say but they always watch what you do. Be a good role model for your kids by being tobacco-free and setting an example worth emulating. If you use tobacco, it’s never too late to quit.

Doing your research prior to talking to your teen about vaping.

There are a lot of helpful resources out there on vaping. Read them and get to know all the facts about e-cigarettes before broaching the topic with your teen. This way, you’ll be comfortable answering any questions they have.

Being patient and open to dialogue.

Talking to your teen about drugs and addiction is never easy but it needs to be done. There are things you can do to make the conversation fruitful. This includes encouraging open dialogue with your teen. Don’t turn it into a lecture or they’ll shut down. Instead, ask open-ended questions and really listen to what they say. That way you can both learn from each other.

If you want your message to be well-received, it helps to pick the right moment to raise the topic. Look for opportunities that encourage natural conversation e.g. seeing someone vaping on TV or passing by an e-cigarette shop together.

Sometimes teenagers refuse to listen to their parents but prefer talking to other adults. If this happens, try asking your healthcare provider or another trusted adult to talk to them about the health risks of vaping.

Don’t underestimate your influence on your teen’s life. Through a combination of education and open dialogue, you can steer your teen away from vaping and other harmful addictions and habits. 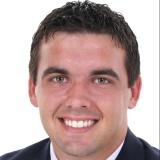 From the mountains of Utah, Tyler Jacobson writes about his experiences as a father and husband. By sharing the struggles and solutions his family has faced, Tyler hopes to help other parents looking for a way to better their lives. You can connect with Tyler on Twitter.