You know you are getting old when you’re seeing baseball players you grew up loving have sons as the number one pick in the draft or as a runner-up in MVP voting. There’s still time for current stars like Vladimir Guerrero Jr. and Jackson Holliday to become one of the greatest father-son combinations in baseball history. However, until they make more of an impression, these are the four pairs worth appreciating.

Some duos compiled better numbers than Cecil and Prince Fielder, but they are nowhere near as entertaining as these first basemen. Cecil peaked when the 90s began, leading the league in home runs and RBI in consecutive seasons, including smacking 51 bombs in 1990.

Prince was a better hitter than his pops, finishing his career with a .887 OPS. But Prince’s career came to a screeching halt due to multiple neck surgeries. Prince’s best year was in 2007 when he hit 50 homers, making them the only father-son combo to hit 50 taters in a season. Even more miraculous is that both Fielders finished their careers with 319 round-trippers.

The most underrated father-son duo in baseball history is Felipe and Moises Alou. Felipe played during the time of Roberto Clemente, Hank Aaron, and Willie Mays, among others dominating the National League outfield, so he’s hardly in the conversation as one of the best outfielders in the 1960s. Yet, Felipe led the league in hits and runs in 1966 and hits during the year pitching dominant 1968 season.

Moises, whose claim to fame is flipping his gourd when Steve Bartman interfered with him during Game 6 of the NLCS for the Cubs, put together a remarkable career, compiling a career .303 batting average, 332 home runs, and 2134 hits.

Before Junior, Senior was a key component of Cincinnati Reds’ “Big Red Machine” in the mid-70s; Ken Griffey Sr. was a three-time All-Star, finishing his 19-year career with a .296 batting average. While that’s a wonderful career, it’s only a fraction of what Junior did.

Ken Griffey Jr. is the only Hall of Fame player on this list with the help of his 630 career home runs. He was a mainstay of the 90s and a fan favorite of any kid interested in the game. If you are a child of the 90s, there’s zero doubt you tried to turn on a fastball with Junior’s follow-through.

Even though Ken Griffey Jr. is the only Hall of Fame player on the list, there should be another player enshrined in Cooperstown. Barry Bonds, enhanced or not, compiled ludicrous numbers. Bonds is the career leader in home runs (762) and walks (2,558), and from 1992 through 2004, he never had a season under a 1.000 OPS.

Many might not realize that Barry’s father, Bobby Bonds, also had an incredible career. Bobby was a menace on the basepaths and at the plate, stealing 461 bags and hitting 332 home runs. When you combine their statistics, there’s zero doubt this pair leads the way.

Your aspirations of being an MLB player may have hit a snag. Thus, not making you and your kid one of the greatest father-son combinations in baseball history. But you can do everything in your power to keep their dreams alive as they progress in their lives. 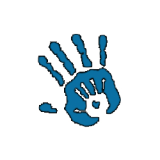