Fifty years ago, most parents didn’t have to worry about their kids moving back home after college. If they went to college at all, they graduated, found a job, moved out on their own, got married, and had kids. And most adult children back then were financially a little better off than their parents or grandparents before them.

Now, though, the rough economy has turned this reality on its head for many families.

Recent research shows that about 60% of parents are financially supporting their adult children in some way. For some families, this means that mom and dad pay for gas for a trip back home, but for others, it means heavy long-term financial involvement with their kids.

As a parent, you want to do everything you can to see your child successful and happy. And that doesn’t stop once a child reaches a certain age. But not teaching your kids to be financially independent so that you have to support them later is bad not just for you, but for the whole family.

Think About the Long Term

One of the things to consider when you’re deciding whether or not to let Johnny move back in, cosign for a credit card, or to buy Susie a car is the long-term financial consequences of those decisions – for both you and your child.

For one thing, many parents dip into retirement savings – or take from discretionary funds that would become retirement savings – to fund their adult children’s lives. That may be why only 14% of American workers think they’ll have enough money to live comfortably during retirement, and nearly 75% of retirees say they haven’t saved enough, according to an article from The Motley Fool.

When you aren’t saving enough for retirement because you’re funding your kids’ lives now, you may be stealing not just from your own future, but from theirs as well. Aging parents with high bills, low savings, and serious medical issues can become a huge burden to their kids – emotionally, physically, and financially.

And then, of course, there’s the long-term outlook for your kids. Some young adults are genuinely trying their best to make their lives work, but constantly relying on mom and dad for bail-out money may keep them from learning important life lessons. Plus, adult children who are always given handouts may develop a sense of entitlement that keeps them from working hard to fund their own futures.

Create a Plan for Now and Later

The problem with much of this information is that parents are too caught up in living right now. When your kids are young and living at home, you’re too much involved in the day-to-day to think of teaching them basic financial skills. When they’re out of the house and ask for money, you don’t have a plan for dealing with that situation, so you just go with it.

The key, though, is to have a plan, both for teaching your kids financial independence now and for dealing with potential issues that crop up later on.

So whether your children are five or fifteen, start teaching them financial independence now. That might mean letting them earn an allowance or helping them find a job. Another option is to let your kids do some budgeting – maybe for one meal a week for the family or for some of their own back-to-school shopping needs.

Teaching your kids financial independence is generally a very hands-on thing. You can talk to kids about money all you want, but they won’t really “get it” unless they’re dealing with real money in the real world. So figure out what this looks like for your family, and talk with your kids as they learn about money, credit, and other financial topics while they’re still young.

While you’re at it, talk with your spouse and then your kids about how you’ll handle financial issues later on. For you, cosigning a credit card or lending a child money may be completely off-limits, or maybe you’ll do it in certain situations – but before you do decide, check out the dangers of cosigning. If Johnny asks to move back home when he’s 25, will you let him? Will you require him to pay rent? Do certain chores? Abide by certain house rules?

The goal here is to know your own limits as parents. These limits should be based partly on finances, so that you aren’t giving your kids money you can’t really afford to give them. But they should also be based on what’s best for your kids. Even if you can afford constant handouts, they’re not the best option for your children in the long run.

Setting limits now, and making older teens aware of those limits before they move out and make poor financial decisions will help them avoid asking for too much in the future. And if they do ask for too much, knowing your limits beforehand will help you say no so that you don’t put yourself in financial jeopardy.

Taking steps now to raise financially literate and independent kids will be better for the whole family in the long run, even though it may seem harder on your kids and your family now. 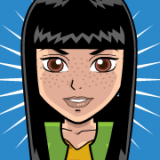 Cassy Parker is both a freelance writer and staff writer for CreditDonkey.com, where you can get great financial tips for you and your family. You can contact her directly by email at Here.