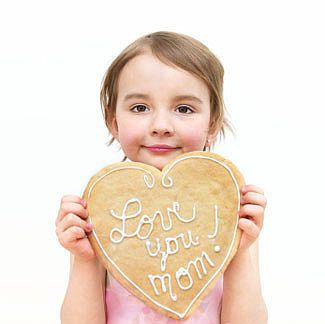 I try to stay true to the theme of fatherhood on this site but let’s face it…Mother’s Day is just around the corner and it seems only appropriate to hear motherly insight on their special day.

With that in mind, why not celebrate the contribution of mom’s everywhere by pondering those special moments…you know, the ones that make them cringe.

To get us in the spirit, I’ve gotten permission from author Dallas Louis, to post her top cringe-worthy moments with her kids.

So moms, sit back, relax and take a couple of moments for yourself.

And for you dads, don’t forget the special “mom’s” in your life this weekend. It would be nearly impossible to do it without them!

“#10. A couple of years ago, Silly Bandz were all the rage. My children were not immune to this phenomenon, but my husband and I did limit the number of Bandz the kids could wear at one time, especially on certain occasions–church, for instance. One Sunday, we were sitting in the second pew, directly behind the preaching pastor. My oldest son, evidently bored, took off one of his Silly Bandz and began playing with it, quickly losing control. We found out that they shoot almost as far as real rubber bands when the escaped Silly Band zinged the pastor in the ear, making him jump, which made us jump, and set off an erie wave-like epidemic through the entire Sanctuary.

#9. Not to be outdone by his brother, my other son (on a different week, thankfully) realized that the new lighting in our Sanctuary cast a brilliant light on the back of the pastor’s white robe when we stood up for prayer. He soon figured out how many different shadow puppets he could create on the back of our Senior Pastor. The people behind us were laughing so hard, the praying pastor had to stop and collect himself before continuing. I now have to sit my little puppet master on the outside of the pew.

#8. A few years ago on a cross-country drive to California to visit my parents, the kids and I stopped for the night at a hotel in New Mexico. It had been a long day and I was in the bathroom getting my oldest ready for his shower. When I walked out, I noticed that the hotel room was filled with smoke! The two little ones, while left unattended for all of a minute and a half, had managed to set the air conditioner on fire! They pushed all of the buttons on the A/C and heater causing the machine to over-heat. The hotel had to be evacuated.

#7. Since we are talking about fires, may as well mention this one, too. While attending an academic competition we were all waiting for the next round to begin. Schools from all over our district descend upon one school to compete at various levels of math, science, music and art. The students and their families that are in between events usually wait in the cafeteria. That’s where we were…until the fire alarm was pulled. Brilliant. Five hundred people evacuated the area, while I rained questions down such as, “What were you thinking?!” and “Why in the world….” I was met with, “I just wanted to see what it would do.”

#6. Vivid dreams and sleep walking happen frequently in my house, and this has not been a big deal until one of my boys began to sleep walk in the middle of the night on his way to the bathroom. It took me several weeks (apparently super-sleuth is not on my resume) to pin-point the exact source of the unmistakable aroma of stale urine permeating my entire house. My son, during his nighttime wanderings, consistently mistook his closet for the restroom, dousing the floor and the wall. Fantastic. We had to replace the carpet and repaint.

#5. Brothers are notorious for fighting and my boys are no different. Last Spring, they were up in arms over a Nintendo DS. My older son got the game and threw it at his brother’s head. Bullseye. He nailed him right in the eyebrow and sent us to the ER for stitches. That wouldn’t have been such a big deal if we had not just been to the ER twice in the last two months for both boys already!

#4. We are trying to teach our kids the importance of reverence, or at least that there is a time and a place of be loud, and a time and a place to be quiet. Church is a time to be quiet. I thought we had communicated that to them fairly well, but I was wrong. During Communion one Sunday, my oldest son took the bulletin, wadded it into a ball, and launched it across the Sanctuary. I came unhinged. When I finally calmed down enough to ask, “What in the world were you thinking??”, his reply was, “Mom. It’s church. I couldn’t yell, and there’s a note on it for Jody.”

#3. We all know that siblings don’t always get along. Once, during the final moments of a photo shoot for our family, our oldest son who was three at the time gave his little sister a really good shove right between the shoulder blades. She was completely unprepared for this surprise attack and landed face down, letting out a blood-curdling scream that echoed through the entire building. Both of her eyes immediately started to turn black and blue. My husband and I were in complete shock. When asked why he had done this, my son said, “Well, I was trying to kill her.” Terrific.

#2. When my brother-in-law got married, he and his bride-to-be sweetly asked if our kids could be in their black-tie wedding. I had no idea that before the evening was over, my daughter would provide the photographer with the shot of a lifetime. Thankfully the kids did great during the ceremony – it was the reception that did us in. There was a small crowd gathered at the foot of a beautiful curved staircase, so I wandered over to check things out. Just as I reached the edge of the crowd, the photographer turned around with a huge smile and said, “I got it that time!” Everyone was giggling. What were they giggling at? A miniature vision in white, laying in a laughing, crumpled heap on the floor. My daughter, the sweetest flower girl ever had done an impressive swan dive from the fifth step up. Everyone turned to look at me. I hitched up my floor-length gown, stepped over my laughing child, said, “Someone should go find her father” and walked away.

#1. The Top Dog of Cringe-Worthy Mom Moments is as follows: several years ago we took the kids to Disney World and stood in line forever to see the Disney princesses. Our youngest son was two at the time – a round, little, blonde, blue-eyed sweet angel (or so he appeared). He did well with two out of the three princesses, but it was that third one that got us. Cinderella happened to be the final princess of our royal encounter, and also my two-year-old’s favorite. When she bent down to hug him, he ran forward to grab her. In short, there was a massive collision that ended with Cinderella on her back, my child wrapped around her neck, her dress up almost over her head, and her princess secret-service detail screaming into their head-sets, “PRINCESS DOWN! WE HAVE A PRINCESS DOWN!” My husband and I just stood there. There was nothing we could do. No one could untangle our little one from her, so they picked them both up at once. That quickly ended our session with the princesses.”

Got Something to Add?

Do you have some cringe-worthy moments worth sharing?

Just add your comments below…and we’ll all share in your pain!

Dallas Louis is the author of The Mommy Diaries: How I’m Surviving Parenting without Killing Anyone. An author and public speaker, Dallas lives in Houston with her husband and 3 young children. You can follow her on her site at www.DallasLouis.com, or you can get her insights on Twitter and take part in her community on Facebook.