Many parents are guilty of raising their children through sexist practices and tendencies. That may sound harsh, and perhaps it is. However, it’s not actually that parents consciously believe boys should follow one path and girls another (though that certainly can be the case). Rather, it’s simply that we live in a society in which girls and boys are treated differently, beginning quite literally from birth. Many of us propagate sexist tendencies without even meaning to! Fortunately, however, the conversation about this problem has grown louder in recent years, and parents are becoming more aware of some of the problematic issues out there regarding how we view kids. With this in mind, here are a few tips on how to get off on the right foot raising your son or daughter from a gender-neutral perspective.

To begin with, try to avoid the common practice of drowning a girl in pink or a boy in baby blue from the moment your child is born. In the hospital, this may be unavoidable, as sometimes the doctors or nurses swaddle newborns in standardized, colour-coded blankets. Really, though, this is the very first step in what’s commonly being referred to as “pinkification.” Intelligence Squared has more about this issue, speaking particularly about little girls who often grow up wearing almost exclusively pink attire because, they’re shown early on, that’s simply what girls do! The same can be said of little boys in blue or green, though boys generally have more options. It may not seem like a significant issue, but this sort of colour divide teaches children very early on that they’re different; that boys should follow one path and girls another, and that to stray from that path is strange or even unacceptable. Try to avoid this by exposing them to different colours, in clothing, in toys, and even in the wallpaper of home nurseries.

If your children are already a little bit older, or if you’re simply planning ahead, keep in mind that clothing issues extend well beyond gender segregation based on pink and blue. The truth is, many major kids’ clothing providers are guilty of supplying blatantly sexist messages, with the most common example being the difference between superhero-themed shirts for boys and “I only date superhero” style messages on girls’ counterparts. This problem has been addressed in recent years, partially through calls to big clothing companies to offer more varied, neutral clothing. It’s also come about through the rise of alternative options. Former designer Kate Pietrasik has helped to lead the way in this regard, mostly through the creation of the Tootsa kids’ clothing brand, which offers garments that are gender-neutral both in style and design. Looking through Tootsa’s collection as compared to standard offerings in department stores or major retailers can help you to fully realise the extent of the gender divide in clothing.

Moving past clothing, toys and entertainment can also be major factors in sending girls and boys down predetermined, gender-centric paths. The Daily Beast addressed this topic in an article titled “Sexism Begins In The Toy Aisle.” The article is aimed specifically at American culture, but some of the points brought to light hold universal relevance, and they are fairly troubling in nature. Boys, the article argues, are given toys geared toward building and learning, while girls get make-believe accessories and toy beauty accessories; boys get LEGOs (that include almost exclusively male characters) and girls get Barbie dolls and Disney princesses. The prevailing point is that boys’ toys emphasise fun, learning, action, and control, while girls’ alternatives focus largely on beauty and care. Psychologically speaking, blindly adhering to these selections teaches your own kids early on that boys are meant to be productive and explore options, whereas girls are meant to be pretty and care for the home.

Again, most parents purchasing these products likely aren’t intentionally dividing or categorizing their children. But by taking a more gender-neutral approach and offering children a range of options, you can have a profound impact. Children who aren’t made to follow these sexist societal norms are more likely to be open-minded and self-assured, and that should sound great to any loving parent! 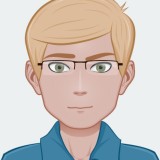 Charles Bell is a writer, gamer, and father based out of San Diego, CA. He is currently obsessed with Star Wars and passionate about raising his two year old daughter in a world where any boy or girl can be a Jedi Knight.