Being a father is an ongoing battle with patience, tantrums and other distractions. It changes you and encourages you to keep trying new and better things for your kid. Sometimes, it can be so complicated that you have no other choice but to turn to the Force itself to help you. Now, perhaps you are thinking: “How are the Star Wars mostly strange, disturbing and unconventional parent-child relationships a good place to start?” Well, “I find your lack of faith disturbing”. There is a lot of parenting going on in the movies, you just need to engage your “father alarm”, when watching it. Here are some lessons you can pick up.

You Have to Believe in Order to Succeed

Here is a situation: Your child is participating in some competition and thinks he/she will fail miserably. That usually turns out to be true, because lack of self-confidence leads to poor performance and later on failure. Remember how Luke tried to raise an X-Wing from the Dagobah swamp and he thinks it is impossible. A few moments after, Yoda does the same thing and succeeds. Luke is left breathless: “I don’t believe it”, and he gets the best answer: “That is why you fail”.

Appearances Can Be Deceiving

We are all prone to making snap judgments based on someone’s appearance. It is no wonder that kids pick up. They see, for example, their peer and, without asking, conclude where he lives, what are his grades, etc. If Star Wars thought us anything that is that appearance can be deceiving. Just remember the tiny Ewoks, who were ignored by The Empire’s soldiers and underestimated by the Rebels. Despite of that, these teddy-bear-like aliens became vital allies that helped Rebels gain the Battle of Endor.

A Child’s Mind is Capable of Wonders

Every parent knows that and every child needs some reminding of that. Stories like Star Wars with diverse characters and amazing landscapes can encourage a child’s imagination and maybe even create an artistic spark in your child. So, give your child a piece of paper, artline pens, let the doodling begin, and observe the birth of a painter, a writer or even a movie director. Remember what Yoda said in Attack of the Clones: “Truly wonderful, the mind of the child is”.

Finding Your Own Path Is Better than Being a Follower

How often have you heard: “Dad, I want to train football because Jerry does” or, even worse, “I cheated on test, because everyone else did”? A child needs to be explained that it is far cooler to be yourself, find your own interests and standing up for what you believe, than to follow what everyone else does or what a leader says. To say it in immortal words of Obi-Wan Kenobi:  “Who’s the more foolish, the fool? Or the fool who follows him?”

Virtues Can Be Learned

This is what parenting is all about – teaching virtues and hoping something sticks. So, just as these movies change their characters by teaching them patience, heroicness, the value of friendship, the importance of choices and the possibility of redemption, a child too can learn those things. It can be done by talking, but also with practical experiences. Talk about imaginary situation and ask your child what he/she would do. Set moral challenges and discuss real-life experiences. Go all-Yoda on him/her and test his/her patience.

The truth is if this epic saga was a part of your growing up process, you have learned a lot and you must always “pass on what you have learned”. May the Force be with you. 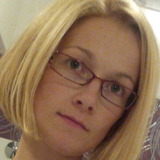 Emma is a teacher, constantly improving her skills both as a teacher and as a parent. She is passionate about writing and learning new things that can help you to lead a quality life. She is a regular contributor to High Style Life. You can follow her on Twitter @EmmahLawson