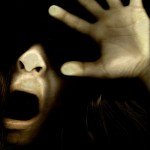 If you were to be asked to write down the top five marriage struggles that come to mind what would you list?  Money?  Children?  The in-laws?  Maybe you would pick communication or the demands of work?  But how many of you would select sex…or the lack thereof for you “guys” reading this?

For all the joking attention that this topic receives, it carries allot of weight in a marriage.  So where does it go wrong?  I could write about the lack of romance or the busyness of our lives, but I will leave that to the slew of others that have covered those topics well.  Instead, I think the Boogie Man is increasingly to blame.

About a year ago, I ran across an eye-catching post from a popular Christian blogger named Tim Challies titled Sexual Detox: Pornifying The Marriage Bed.  Although the title was intriguing I never got around to reading the piece until a few days ago.  By this time, Tim had turned his series in to a free 28 page e-book (sexual-detox-a-guide-for-the-married-guy) that I devoured in one sitting.  As a husband and father, and more importantly as a Christian man, this is a topic of particular significance.  In a nutshell, the book deals with the issue of pornography and its devastating impact on the lives of men and that of their wives (whether present or future).

Just like the Boogie Man, pornography is often referenced only in closed circles as a joke among friends.  The hushed mentality however, makes it one of the best kept secrets of destroyed marriages.

Like any good student, I have gotten insight from an array of perspectives.  I have talked with people who share my faith, those that don’t, and those that think pornography actually has its benefits.  So what did I learn?  That the vast majority of people (whether Christian or not) see the inherent danger involved in pornography.  Although there are some that give it a try, you would be hard pressed to find a logical, well thought out argument on the rosy attributes of porn….or at least one that couldn’t be immediately counteracted by a more substantiated claim.  But if that is the case, then why is an industry that brings in $14 billion in yearly revenue continue to thrive and grow?  While I am tempted to offer up a theological explanation (with the hope that some would contemplate this themselves), I thought it more appropriate to lay out some advice/realities that wouldn’t draw on required biblical knowledge.

2. She Really Does Care

I don’t care how “open” your relationship is with your wife.  She cares that you are ogling another woman!  This is one of the most fascinating lies that I have ever heard.  It is entirely inhuman to assume that a woman that you have committed your life to would find it “okay” to have her husband sharing what should be a very intimate encounter, with another woman, whether on screen or in person.

How can your wife ever live up to the manufactured, air brushed, inflated, and altogether unnatural appearance that pornography creates?  The reality is that when these images and acts are consumed it warps your sense of what’s real.  Consequently, the beautiful woman that you share your life with no longer measures up and just about everything in that relationship becomes substandard and inadequate.

5. Come Clean And Talk About It

If you were trying to avoid eating sweets then you probably wouldn’t stock your fridge full of Snickers right?  The same is true for pornography.  Remove your access by ridding yourself of the product.  Now, what about all of you folks that live and work on the Internet (is there anyone that doesn’t)?  Become accountable to a friend or a family member that will really kick you in the butt if need be.  In fact, why not be accountable to your wife?  If anyone is prepared to deliver a timely throat strike because of porn, it would certainly be your bride!

In short, we all should care.  At its base, pornography attempts to neutralize and eliminate the effectiveness that a man has as a husband and father.  As a man that was introduced to porn at a relatively young age, I can attest to its sustaining impact.  I may not have lost my family or piled up mountains of debt, but I have had to deal with and repair the warped mindset that it creates.  Let me attest to the fact that it does not need to take the most extreme forms of exposure to have an impact.  All it really takes is access and a personality that’s dismissive enough to doubt its ability to stick.