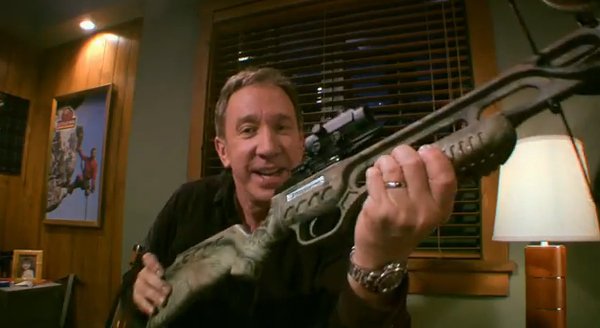 There are specific reasons why a man longs to have a son.

There’s football in the backyard and fishing on the weekends, and undoubtedly a few trips to the movie theater for the latest action flick. You also get to look forward to that special moment when you get to teach your son the tactical advantage of peeing standing up.

There are the intrinsic things that a dad is especially wired to pass along to a boy as well. Things like imparting your wisdom about the opposite sex and teaching them what it means to be a gentlemen.

The landscape between a father and his son is deep and wide, and fraught with success and failure. But, it is still uniquely theirs.

Conversely, consider the guy who finds himself in a house full of women…to no fault of his own. The guy whose little swimmers couldn’t quite grow a set. The guy who, after an unexpected blow to the groin, will only ever hear, “Ouch, I hurt my bagina!”

That man has a long road ahead of him. He is often faced with “girly nights” and “dance parades,” and the occasional request to paint his fingers and toes. A man such as this must take special care of his “maleness.” Because at any moment, if he’s not careful, he could find himself tearing up after an especially moving performance on “So You Think You Can Dance?”

I must admit…I am such a man. With a wife and three daughters, I know a little something about carrying the man-flag…solo. It doesn’t signify a lack of love, because most dads I know would do anything for their little girls. It is more a matter of sanity really.

You see men are never fully equipped to handle a constant onslaught of female interaction…in all its complexity and emotion. We are capable of small, varied doses, but that’s only after periods of solitude and/or a time of male bonding. Only then are we prepared for another round.

So if you find yourself in a position where guy-time is only a figment of your imagination, then take note of a few things that will help you recharge.

The first step is admitting that you have a problem. You’re a dad with an estrogen-filled home and you need to do something about it. Running away is not an option, nor is trading in one of your daughters for a son…at least not in this country.

You just need to create some space and get your mojo back. Then, once you’re in the mix again, love those little girls with everything you have. You’ll be a better dad because of it!